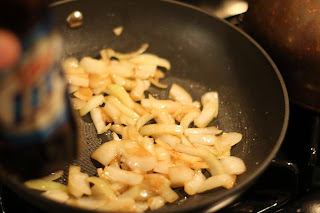 Anyway, here's a quick break down of this burger friday: I cooked the onions in miller light and gave them a bear batter taste that made them taste like onion rings. I mcguyvered my way into melting the cheese on the burgers. I served Miejer brand Kraft Dinner and frozen french fries. I made delicious burgers. 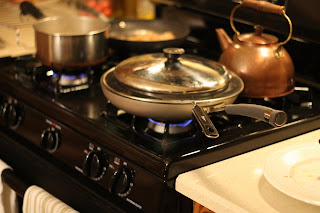 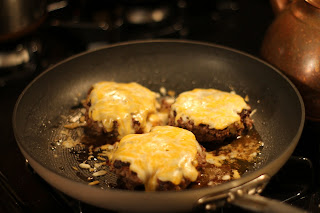 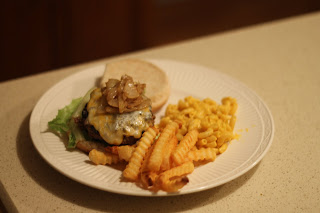 Posted by Thomas at 6:23 PM No comments: 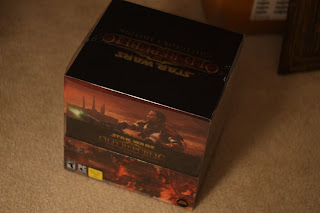 So, here I sit, waiting in a 300 person qeue for my Level 16 Smuggler in The Old Republic on the Jedi Covenant server. How am I waiting in cue for a level 16 character if the game came out today? Well, I was in the early game access for a week. Unfortunately, I've been working a lot, so my Old Republic time has been suffering just as much as my cooking. But, I'm trying to get better about both. 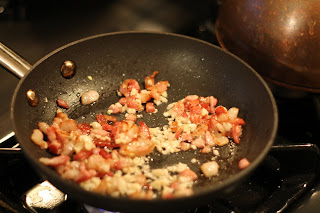 Last night (the 19th) I made a dinner for my parents. I didn't do anything too crazy or elaborate, just something kind of simple and homey. Something to ease me back into the idea of cooking and it was a delicious meal. It was complicated enough to invoke the idea of eating and cooking food on a higher level, again, but simple enough to allow me to prevail whole heartedly. 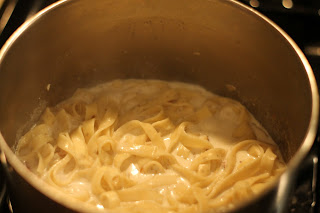 It's been really tough for me this holiday season (full disclosure, heart on sleeve alert), as it's my first holiday season alone since... probably some time in high-school. I don't mean holidays away from my family or anything, but in the sense that I'm not "spending" the holidays with "someone." You know? It's been getting harder and harder for me to get out of bed, and as such: do the things I love.

Well, I'm'a try and turn that around. How many times have I said that? 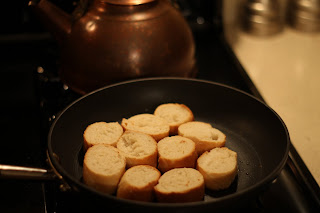 Anyway, I started the meal by butterflying a couple of chicken breasts, filling them with sliced provolone cheese and then breading them in panko, basil, salt and pepper and popped them in the oven. I threw a loaf of frozen bread I got at costco in with them.

The pasta was really what I focused on. I made a sauce using three cloves of garlic, 1-1/2 cup half½, 1/2 cup water a dash of garlic powder and about two strips worth of bacon. I fried the bacon and minced garlic together while I boiled the water and garlic powder down. Once the water boiled down, in the bacon, half½ and garlic 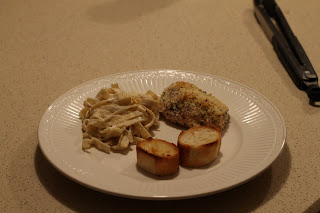 cloves went. I boiled up some of that AWESOME Al Dente premium fettuccine and then tossed it into the sauce with a tablespoon of flour and it thickened up real nicely. It was extremely creamy and just... heavenly.

The garlic bread? I pulled out the loaf when it was done, let it cool and then sliced it. Each slice was then rubbed with a crushed clove of garlic and then placed in a pan of hot olive oil. It... was... delicious!

The meal, like I said, is surprisingly elegant for such a simple meal, probably something that I can impress a girl with at some point... maybe... we'll see how that all goes.

Well, I'm gonna try to be back. We'll see how it works out.
Posted by Thomas at 6:03 PM No comments: