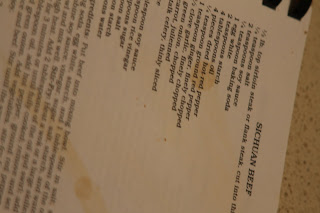 So, I eased into cooking again. I made Chex-mix for Super Bowl Sunday, Jalapeno Burgers for Burger Friday, Tacos and Alfredo Pasta. Time for something a little more... real, shall we say.

So, I busted out my mom's Chinese Cookbook (cause, we can't not have any ethnicity of cook book in this house) and found a nice recipe for what I had on hand. Sechuan Beef. 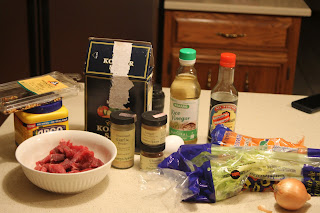 Ten minutes later I had some thawed steak tips and started going to town. I've always been a big admirer of Chinese food. Well, any Asian cuisine, actually. Let me broaden that a little... Middle Eastern, Indian and Asian Cuisine. Wait, no, it great broader, still: Mediterranean, Middle Eastern, Indian and... hold up, does Spanish count as Mediterranean? What about Ethiopian? Also, German, French and English food. Don't forget Irish. Did I just describe the entire Eurasian continent? Oh, and American food. And Hispanic. Wait a second! Is there a food I don't like? Nah, there isn't. 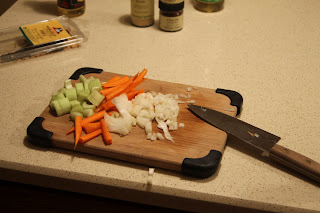 In anycase, I tried my hand at Chinese again, having successfully made Sweet & Sour and General Tso's chicken in the past, this should be a breeze. I didn't have any fresh ginger on hand, so I used dried ginger powder. Same for garlic. Turned out fine, though. I'd go further than fine, considering I ate three helpings of it over the course of the night.

I, truly, was impressed with this meal. I found it very bright in flavor with a touch of bite to it, without being hot at all. I did take a shortcut with the rise and eggrolls. I used Chang's brand frozen eggrolls and left over white rice from when I ordered Chinese food earlier in the week. I didn't mind. I gobbled it up pretty fast. 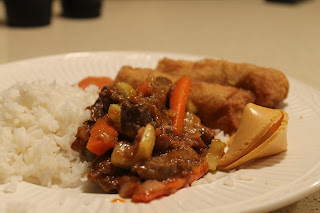 After this, I didn't stop cooking, although I did stop taking pictures. The 5th (sixth meal, if you count my Valentine's Day Eggos) I made was actually a Saturday evening meal I made for my parents. My Drunk Ass Fajitas, which I've never properly documented for this blog. (Actually, I was mistaken: he's a perfectly good waste of tequila) I could have sworn that I had before. I marinate my skirt steak in a mixture of garlic, crushed red peppers, jalapenos and cumin in about a half bottle of tequila for around 6 hours and then cook it up with peppers and onions. It's delicious. Described as having a "bite" to it. I served that with some Spanish Rice from a recipe I got in high-school Home Ec. The meal was delicious. Being back into cooking again, I've found a sort of new energy that I'm very much loving. I'm hoping to keep this going again and keep up with this blog, still.

And for good measure, here's Toki Wartooth trying to chew his way out of an open cage... weird rabbit. 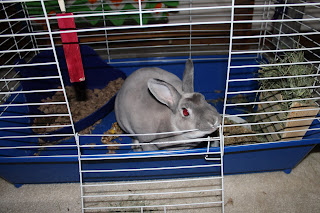 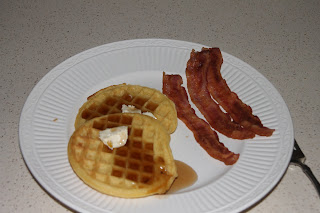 So, it's not the kind of suckage that I'd have liked on Valentines Day (I think that's the first sexual joke that ever got put on this blog! Almost a year of good, clean fun... damn) but, it was still suckage. Seeing as I'm alone for the first time on Valentines day since... probably before high school, I sort of short circuited that day. Finding myself a morose mutherfucker, as Jay would put it.

This, Eggo Waffles and microwave bacon, was my breakfast. Dinner that night? A Big Mac meal. It's hard to really care on a day like this for me, so, I went full sad-panda.
Posted by Thomas at 12:53 PM No comments: 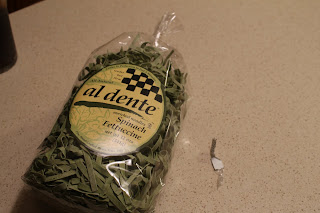 So, two days in a row I cooked. This night I made some Italian fair and watched the 2011 remake of The Thing. Turned out to be a prequel. I actually really liked it.

Not much to say. I cooked some cream, butter and parmigiana together. Seasoned it with garlic, salt and pepper and then thickened it with some flour and tossed the pasta in it. It was a very heavy meal. Very delicious. Stood very well on its own and didn't require any sides. It was probably the first successful single person meal I'd made in months. Cooking is a very "social" activity and it's hard for me to find and make recipes for one. Luckily, living with my parents, I can cook for three. It isn't always an option, though. 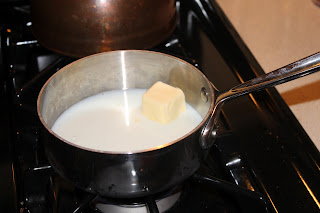 The friday before this I made my patented Jalepeno Burgers (which are AWESOME, I am a burger-smith) and found myself with about four burgers. Two of which I ate that night, cause... well... I'm'a pig. The tacos from the night before this? There's about a half pound of taco meat in the freezer, now.

This meal, was a perfect single person serving. Something I gotta work on doing. 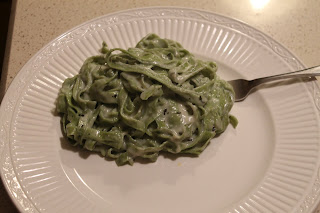 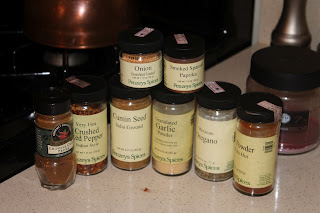 So, I got back into the habit of cooking this last couple weeks. Feels great to not be a slave of Subway, Jersey Mike's, Jimmy John's, Taco Bell and McDonald's again. Though, sometimes you just can't say no to a Big Mac. They are so delicious. This actually was not the first meal I cooked this past couple weeks. It was infact the second out of five, but I forgot to document the first and last of the set.

This night was fun. My parents had been out of town (as most people who read this blog know, I'm living with them again) and I took the opportunity to watch HD things on a 55" screen and hang out with my rabbit. Unfortunately, illness regrettably prevented me from having any "good times" regarding Alcoholic intake and parties. It still didn't stop me from knocking a picture frame off the wall and having a wacky cartoonesque encounter with the dishwasher. 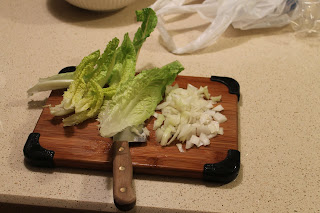 In anycase, I got off of work and said to myself "Thom, you know what you want?! You want TACOS! But, not Taco Bell, you're gonna wanna make them yourself." And then I replied "Why, yes I do. You're correct. Let's get this started."

A quick trip to Meijer (which, by the way, is my most favorite groceria) ended with some beef, cheese and a packet of Taco seasoning. Taco Bell brand... for $.89. But I ended up not using it. Thinking I forgot t 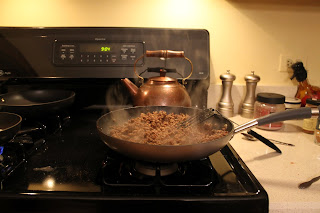 he seasoning at the store, I decided to hunker down and make myself up some totally bad ass homemade tacos. From straight scratch.

There isn't a whole lot to be said about cooking tacos. Brown the meet a little, throw in the seasoning, cook, heat up tortillas and serve. Done. I ended up making them a little spicier than I'd intended. I really wanted a nice, bright flavor in the meat, but a little too much Chipotle and Red Pepper resulted in an almost unpleasant set of tacos. I've grown vulnerable to spicy food, again! WHAT HAS HAPPENED TO ME!

The past couple weeks retaught me how cathartic and nice it is to cook and reminded me what other activities, in the past, have left me feeling nice and whole and I found myself playing guitar more than before and going to the shooting range to flex my sharpshooting eye. So, I kept with the trend and cooked. 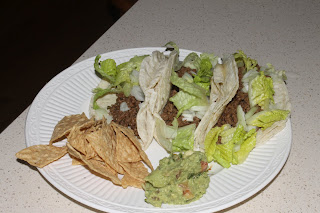 Funny thing is: I found the Taco Bell seasoning packet in a Meijer bag later that night when I used it to clean the rabbit's cage.
Posted by Thomas at 12:25 PM No comments: